The Big Launch of Proud Beta

Hello all readers!
We’re so glad to announce that Proud has moved from the Internal Beta state into Open Beta. We were very surprised about the number of people that wanted to participate. I wanted to share with you a few thoughts that I got from those people.

The most popular PRO:
– the app looks great, the design and interaction is fantastic! seems like a well-thought concept.

My comment:
Indeed. The app was being developed for the last 1.5 years. There were hundreds of iterations perfecting the UI, and I’m really glad you all noticed that. That’s a huge motivation booster to see people appreciating all the hours you spent on designing and testing the app :).

The most popular CON:
– the app doesn’t look good on iPhone 6

My comment:
That is true: the iPhone 6/Plus wasn’t in the plans for the Beta release, but now, as of version 0.40.1 (100 build), Proud is supported both on iPhone 6 and iPhone 6 Plus, and also iPad Horizontal and Vertical! That was a huge step forward and I hope you will all like it!

What are the plans now?

If you feel like someone you know would be interested in testing Proud, please do us a favor and tell them about this app. This means a lot to us, and you have already proven that you can invite hundreds of friends to the beta. Literally, there are a few hundreds testers now in the beta, and I want to thank you all for being part of it! Stay tuned for the next updates!

Update! I’ve just finished preparing the Beta changelog page where you can track what is being fixed in beta versions of Proud. 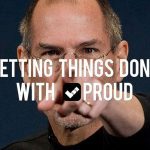 How Does Proud Support the Getting Things Done Technique?
Next Post 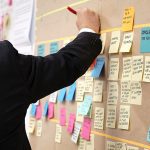